You are here: Home » Court Information

The Hopi Judiciary consists of two levels:  1) TRIAL COURT, which includes the Children’s Court, and 2) the APPELLATE COURT.  The Trial courts have civil jurisdiction of all causes of action arising on the Hopi Reservation committed by Native Americans and criminal jurisdiction of all offenses committed in violation of any ordinance of the Hopi Tribe.  The responsibility of the Hopi Judiciary is to apply and interpret the law.  The laws include, but are not limited to:  Hopi customs and traditions, Hopi Ordinances, the Hopi Constitution, Common Law, Federal and/or State laws.  The Appellate Court hears appeals from the Trial Court.

The Appellate Court hears appeals from final judgment of the Trial Court.

This page provides a brief overview of the process an individual (Defendant) will go through if they are arrested and charged with a criminal offense/violation. Individuals with specific questions about a charge of the process should contact legal counsel for assistance; the Court cannot provide legal advice.

Criminal Process from Arrest to Appeal

An officer who has reasonable or probable cause to believe an individual has committed an offense may arrest that individual. At the time of the arrest, the individual will be informed of the reason(s) for their arrest and their rights.

Each complaint must contain the following:
The name of the jurisdiction where it is filed and the Trial court within which it is brought.
The names of the parties. If the names of all the defendants are not known, the complainant may add names as needed.

A statement signed by the complainant of the acts constituting the offense, and the time and place of the commission of the offense, be as near as may be ascertained, in ordinary and concise language.
Hopi Code, Title II, Chapter 2.2.1

Criminal actions that include allegations of a serious offense or dangerous offense, as defined in section 3.4.1 of the Code, shall only be heard by the Chief Judge, Senior Associate Judge or a Pro-Tem Judge. Hopi Code, Title II, Chapter 2.2.4

Arraignment consists of reading by the Court of the complaint to the defendant, and delivering to him a true copy thereof and of the endorsements thereon, and asking him whether he pleads guilty or not guilty to the offense charged in the complaint. Title II, Chapter 6, 2.6.1

Arraignment shall be conducted in open Court and shall consist of the following:

Bail is setting at liberty a person arrested or imprisoned on security being taken for his appearance. His sureties shall be regarded as custodians of the principal’s person. This provision is applicable only to offenses over which the Tribe has jurisdiction. Title II, Chapter 5, 2.5.1

All defendants, as a matter of right, are bailable before conviction, by sufficient cash or surety bail bond, and after conviction if an appeal is pending. If bail is not met, the defendant shall be incarcerated until his case is heard. Hopi Code, Title II, Chapter 5, 2.5.2

A motion is the formal mode in which a party submits a proposed measure or resolution for the consideration and action of the Court. Hopi Code, Title II, Chapter 7, 2.7.1

The Defendant has a right to a trial by a judge or jury. Cases shall be tried by the Court unless the defendant shall file with the Clerk of the Court a written request for a jury trial not less than ten (10) days after his arraignment. The jury shall consist of six (6) persons and shall be selected randomly from the Hopi membership list. Hopi Code, Title II, Chapter 8, 2.8.4

In all criminal prosecutions, the accused person shall have the right to defend himself in person or, at his own expense, by counsel; to demand the nature and cause of the accusation against him face to face; to have compulsory process served for obtaining witnesses in his behalf; and to a speedy public trial by an impartial jury. No person shall be compelled in any criminal case to give evidence against himself or be twice put in jeopardy for the same offense; upon request, the accused or a juror shall be entitled to an interpreter. Hopi Code, Title I, Chapter 8, 2.8.5
If the Defendant is guilty, sentence will be imposed.

Upon a plea of guilty or a verdict of guilty, the Court shall fix a time for sentencing, which must be within a reasonable time after the verdict is rendered. Prior to judgment, the Court may request a presentence investigation to be conducted by the probation department. All presentence reports shall be filed with the Court. Hopi Code, Title II, Chapter 12, JUDGMENT

The Court may impose the following criminal penalties against a person who is convicted for violating this Code:

A maximum of three months in custody and/or a fine of up to $1,250.00 upon conviction for an offense which is defined in the Code as a “petty offense.” Hopi Code Title III, Chapter 4. PENALTIES

Following sentencing, the Defendant has the right to file an appeal of the Trial Court’s decision or judgment with the Hopi Appellate Court. The Court of Appeals has appellate jurisdiction over any case on appeal from the Trial Court, and the power to make conclusions of law in those cases. The Court of Appeals has original and exclusive jurisdiction over disputes between villages.
Hopi Code, Title I, Chapter 2, 1.2.4 JURISDICTION

Regulation of traffic on public roadways and highways are governed by the Hopi Code, Title IV, Motor Vehicle Code.

Under this title, the Hopi Trial Court shall have exclusive original jurisdiction over all civil traffic infractions and all criminal traffic offenses committed within its Territory.

The Trial Court has original jurisdiction over all civil actions or controversies, whether at law or equity, arising under the Constitution, laws, customs, and traditions of the Tribe, including cases in which the Tribe or its officials and employees shall be a party. All civil causes of action arising within the Jurisdiction of the Tribe shall be brought in the Trial Court before they can be litigated in any other court. The Trial Court shall also have original jurisdiction over civil regulatory actions involving the registration of convicted sex offenders, as defined in The Hopi Sex Offender Registration Code, Title V, sections 5.11, et. seq., who are living, working or going to school in the Hopi Territory. Hopi Code, Title I, Chapter 4. JURISDICTION OF TRIAL COURT 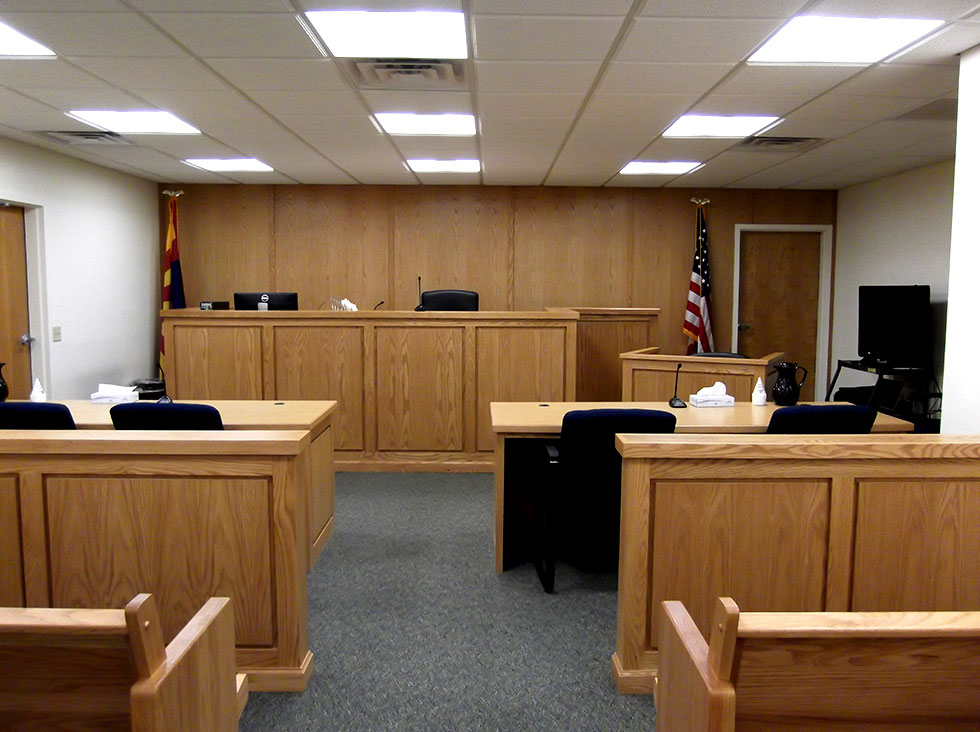 This is a special subdivision of the Trial Court. The Children’s Court jurisdiction is defined by Ordinance 35 and includes matters involving minors, child abuse and neglect, minor-in-need of care (MINOC) and juvenile offenders. The Children’s Court also handles Indian Child Welfare Act referrals from off reservation. These are handled with special care for confidentiality of the proceedings.

The Children’s Court shall exercise jurisdiction over:

The Judge hears testimony and evidence from all of the parties and makes a determination on the allegations contained in the Minor-in-Need-of-Care Petition. If the Court finds that the allegations are unsupported by evidence, the matter is dismissed.

At the Dispositional Hearing the Judge reviews the Pre-Disposition Report and receives other recommendations from the parties involved in the case. The Judge may issue an appropriate order which may include:

In either case the child still remains a Ward of the Court until all the conditions imposed on the parents have been satisfied and the home is determined stable to return the child to the parents. The Judge will then set the matter for a Status Review Hearing.

No more than ninety (90) days after the Dispositional Hearing, the Children’s Court will hold a hearing to review the status of the case. The Child Protective Services along with the child and parents or guardians or other appropriate parties will be given an opportunity to present testimony on their progress. The Judge will address any problems that have occurred and issue appropriate orders. The matter will be set for another Status Review Hearing if necessary.

Taking Custody of a Juvenile

A minor may be taken into custody by a law enforcement officer if there are reasonable grounds to believe that a delinquent act has been committed or the arresting officer may give a citation to the juvenile and release the minor directly to the parent or guardian.
If the minor is not released, the probation department will be notified within 24 hours. A minor may be detained in an approved juvenile detention facility pending a detention hearing. A motion is filed by the Hopi Tribe for a detention hearing.

The presenting officer of the Hopi Tribe files a Juvenile Offender Petition within 10 calendar days if the minor is in detention. An Arraignment hearing is scheduled to give the minor an opportunity to consult with legal counsel and plead to the allegations in the petition.

If the minor enters a plea of not guilty, an Adjudicatory Hearing is scheduled to determine whether there is sufficient evidence to substantiate the facts alleged in the petition beyond a reasonable doubt. If the allegations are sustained, the minor is found to be a delinquent offender.

A dispositional hearing takes place not more than ten days after the adjudicatory hearing. A Pre-Dispositional Report may be ordered by the judge. The dispositional options are to confine the
minor to an approved juvenile detention facility or place the minor on probation and release the minor to the custody of the parent or guardian. Restitution may be ordered for damages or loss caused by the minor’s wrongful acts. Treatment or rehabilitation may also be ordered.

No order of the Juvenile Court shall continue after the minor reaches age 18, unless the court continues its jurisdiction over the minor, not to exceed the minor’s 21st birthday. If the minor violates the conditions of probation, a Probation Revocation hearing is held and the minor may be summarily ordered to serve the suspended sentence.

All juvenile hearings are closed and confidential. When a juvenile reaches the age of 18 or such time after the court terminates its jurisdiction, the Chief Judge orders an expungement of the juvenile court records and law enforcement records.

Please note that we are closed on all official holidays 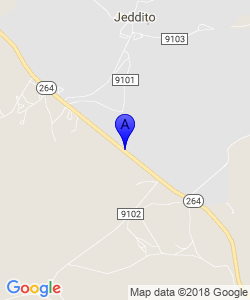 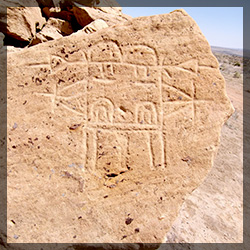 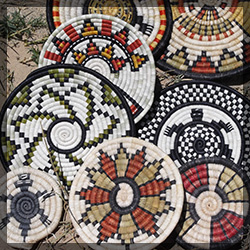 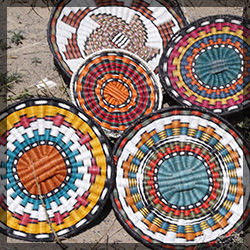